No items found.
Product is not available in this quantity.

Andy has been involved with the cycling community since he was 15 years old when he got his first job working at Rasmussen Bike Shop in Altoona, Iowa. All throughout high school, Andy was involved with a High-Performance triathlon team based out of Des Moines called Z3. Upon moving to Cedar Falls for furthering education, Andy missed his days in the shop and became a Trek Ninja working at local shops to act on his love for cycling. He also stayed active with the Z3 triathlon team by becoming their traveling mechanic, following them to races across the country. This is where Andy found his true love and passion for mobile repairs. While working for the team, he realized what a huge asset he could be by being where the athletes needed him to be. His dream is to make this a reality for all cyclists, from newcomers to the sport, to well-trained professionals. Andy wants to be where you need him to be, when you need him to be there to make your cycling a success. 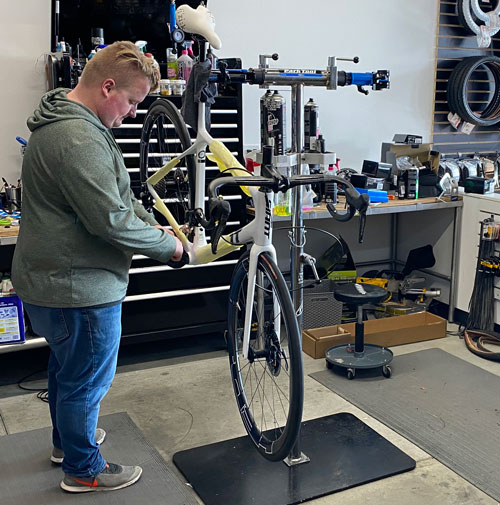 From custom builds to everyday needs - We will do our best to help out.